Carina and I were pretty excited to go to one in or around the meatpacking district as it sounded so delicious. To be honest, I was pretty disappointed due to the lack of vegetarian options. However, I have already come around to the fact that there’s bacon in almost every meal and my choices are therefore limited.

I paid 30 kroner for a teeny-tiny Taco, which was the only veggie option for me (well there was also veggie pasta but I’ve had too many pasta dishes lately…). It was very good though but it made me hungrier than I had been before. However, the market was very cute – with the colourful trucks and tables – very trendy and hip :D 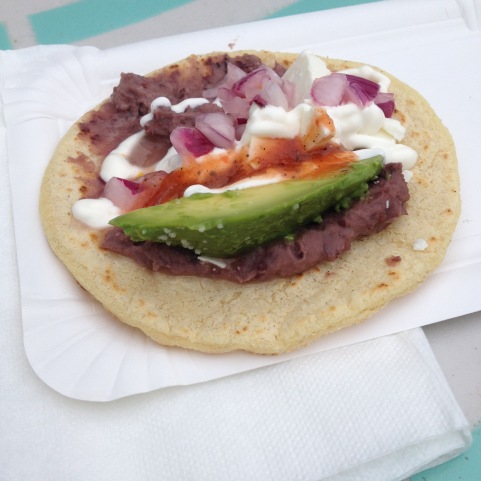 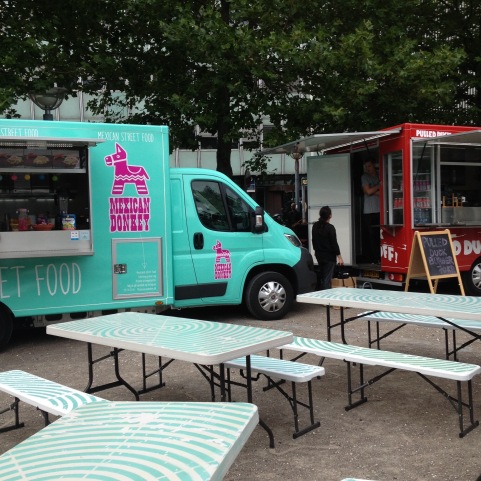 University was pretty much the same as during the first couple of weeks. Early classes = lots of coffee & lots of time to make travelling plans. The only two really interesting things were Society Day and the beginning of my Danish class.

There was one day at CBS where all the societies and clubs were introduced which meant there was lots of free stuff to get :) I stocked up my pen supply, got a free bag, free coffee and even free blue soft ice cream, which was surprisingly good. The variety of societies that one can join is very limited compared to the University of Sheffield (where I went on exchange during my bachelor’s) but large compared to the Vienna University of Business & Economics (where I did my bachelor’s). The annoying aspect at CBS is that you have to properly apply to become a real member of the society – with CV, motivational letter and sometimes even an assessment center. On the other hand, if you only want to take part in the fun events and don’t want to look behind the curtain (which would of course look good on a CV…) you can easily take part by just showing up or buying the tickets online. I haven’t decided yet whether I really want to join a society or just go to the events that interest me the most.

So I had my first Danish class last week. Danish classes are offered for Danish students and staff for free (actually, only if you have a permanent address and are registered properly which we haven’t, but who cares) and you even get the course books without having to pay for them.

If you have a look at the linguistic classification, Danish with around 5.5 million native speakers is part of the sub-group North Germanic, which is one of the three subdivisions of the Germanic branch. There are a some similarities to German: god = gut (good) , hund = hund (dog) and agurk = Gurke (cucumber). (Those are the ones that came to my mind and that I knew before :D ). 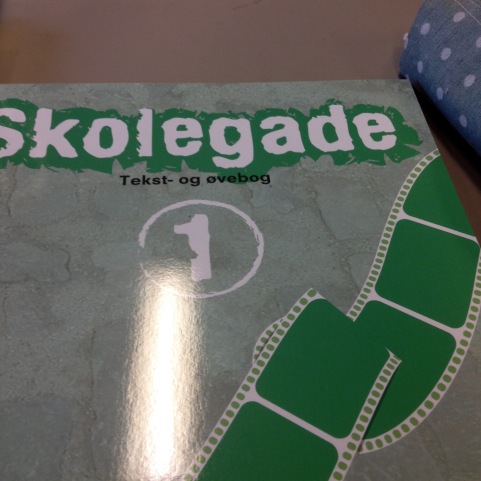 One of my course books

A CBS building where I have my Danish class

My first Danish class was very interesting, fun and different as expected. The most surprising thing to me was that you don’t pronunciate Danish the way you write it. WHICH WILL MAKE IT SO HARD TO LEARN. Grammar is supposed to be easy though. We will see! ;D

We had to laugh a lot in our first class due to the fact that some words just sound so ridiculous (no offense to any Danish speakers!!). Jeg hedder Christina, jeg taler tysk og kommer fra Østrig ;) I’m looking forward to the next weeks but I’m not sure yet how thoroughly I will study it.

Last Friday Carina, Sarah (from the US) and I went to another street food market which is open every weekend all year round (at least I think so?!). It is located in Christianshavn on Papirøen (Paper Island). The sun was out – with a few clouds and a bit of wind though. On Papirøen you have the possibility to either sit outside and enjoy the food overlooking the waterfront or enjoy your meal indoors in the open hall.

There were many different types of food, you could find trucks with food from all around the globe. They even had a few vegetarian options as well and some dedicated solely to sweet dishes. YAY! :) Every food truck had a sample dish somewhere so you could make a decision based on the sample which made it a lot easier to choose.

I had a delicious Paisan dish – red bean stew with mango salad, plantain chips, rice and a fried egg. Later on we indulged ourselves to coffee and a slice of cheesecake. Sarah wanted to have a pancake but everytime we had a look at the pancake food truck, the guy had a sign that he “WENT FISHING” although he was just sitting around somewhere. So no pancakes for us. Due to the wind we stayed inside and had a nice walk around Christianshavn later. 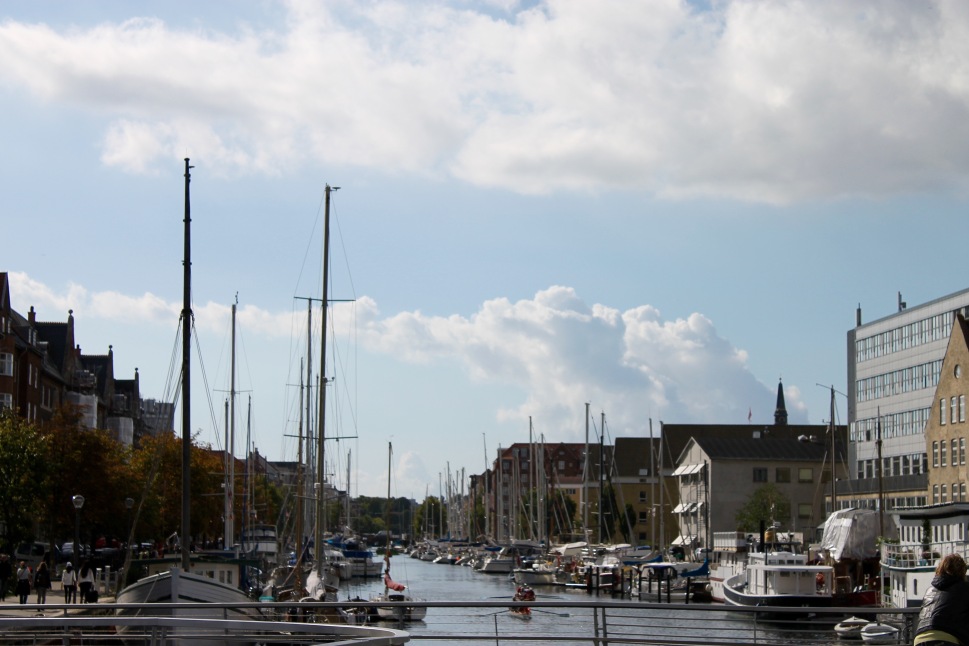