A ‘Kremlin’ is not only the Moscow Kremlin, but it is actually just the word for a major fortified central complex that is found in historic Russian cities (but also in some others such as Kiev). Within this citadel-like area there used to be important buildings such as the armoury, churches, and administration. Kremlins were mainly built on hills near rivers, and around the kremlin the ‘посад’ (posad) emerged – more or less a suburb for craftsmen. The first Russian kremlins were wooden, and due to fires, wars and destruction in general, none of them survived until today. Only some later kremlins that were built of stone survived the passing of time.

On a rather cold and windy Sunday afternoon a few friends and I decided to take the metro and pay a visit to the ‘second’ Kremlin of Moscow. We were actually lucky as during our stay there the sun came out and it turned out to be the perfect day for spending some time outside. It was still a bit cold, though. ;)

The (rather fake) Kremlin in Izmailovo

This ‘kremlin’ – Кремль в Измайлово – is a cultural complex that was actually founded and established in the early 2000s and is a place for entertainment and culture. So yes, it is not a real Kremlin (in my eyes), especially when you compare it to the (real) Moscow Kremlin. The mission of the cultural complex is to revive Russian family traditions. Open craft workshops are held there for both children and adults, several museums can be found within the complex (eg. Vodka museum?!, bread museum, chocolate museum, Russian toy museum). There is much space for celebrations, there are a few cozy coffee places, and there is even something like a wedding chapel there. Also on the grounds of the Kremlin the famous ‘Izamilovo Vernissage’ was formed – a market for art, antiques, books, traditional Russian crafts, and of course souvenirs. 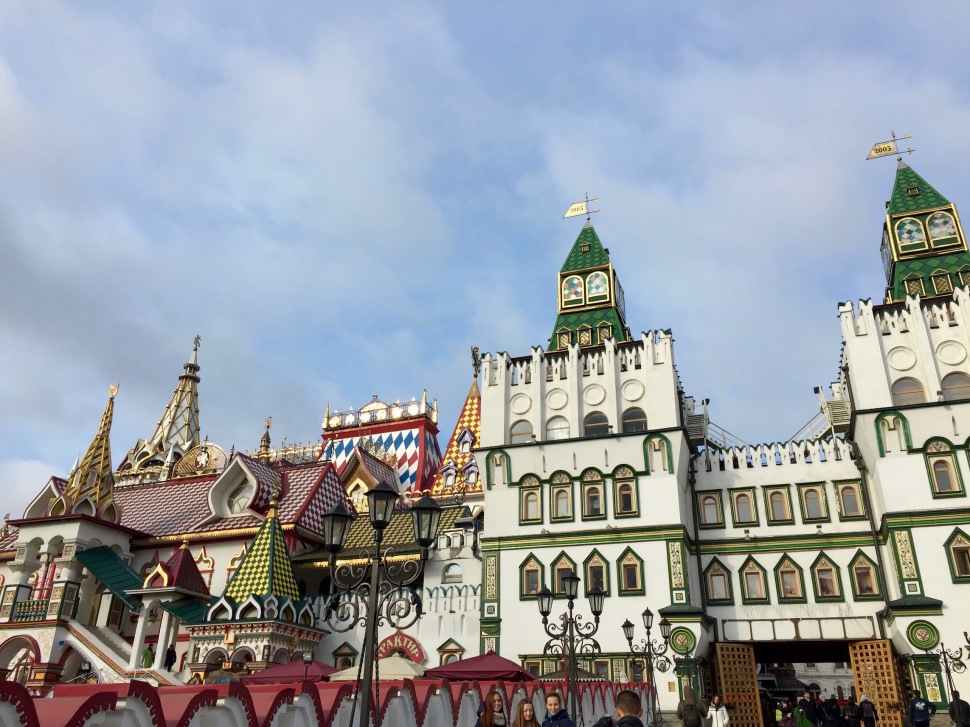 When you go there (by metro) you actually enter the vernissage first and reach the Kremlin later, but it is also possible to walk around and enter it via a bridge with a beautiful view at the complex. 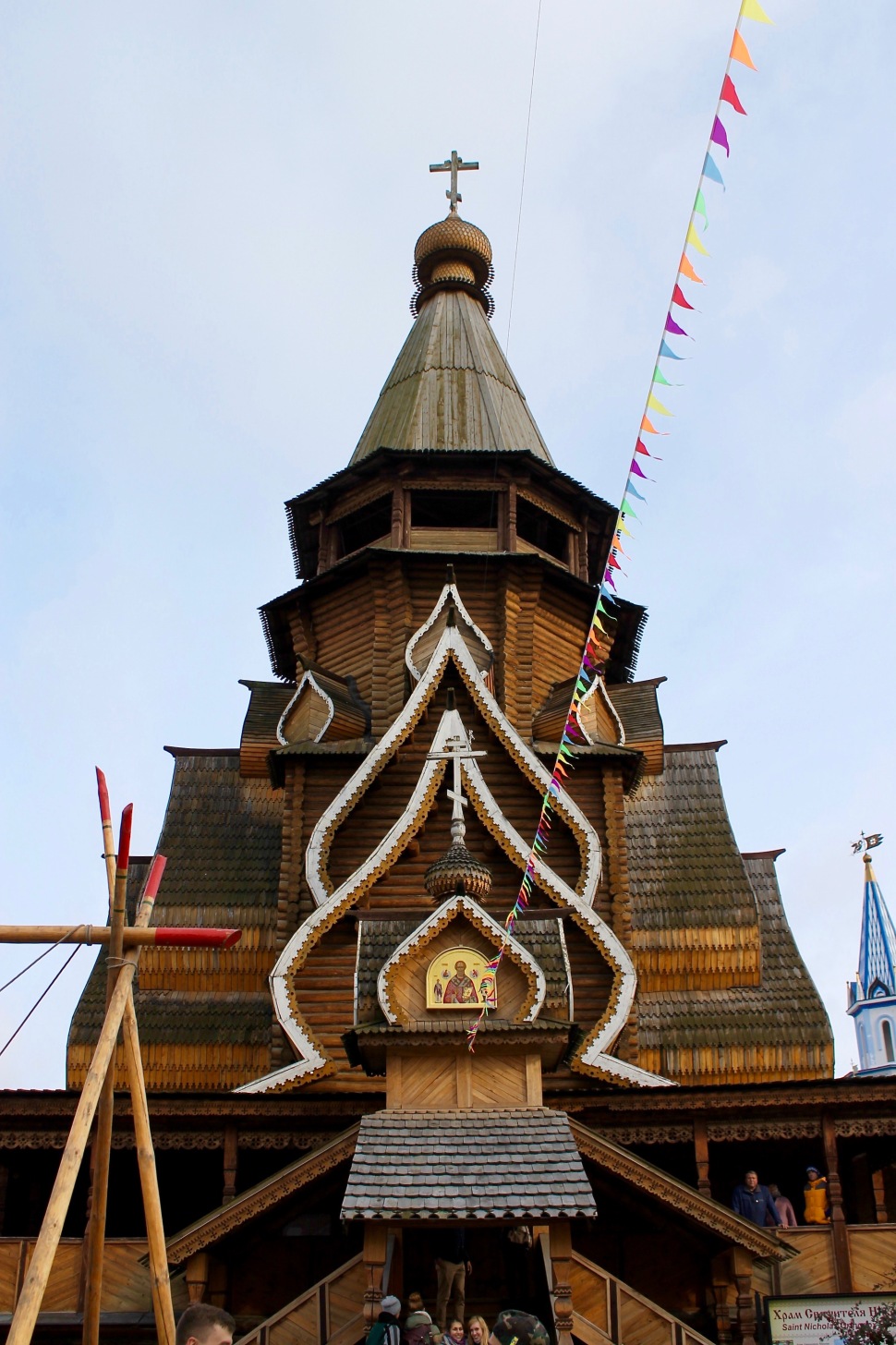 A church dedicated to St. Nicholas of Myra, the patron of crafts and trade, was erected in the center of the kremlin.

An interesting story – there was a fire at the Kremlin in Izmailovo in 2005, and both the kremlin and the adjacent ‘vernissage’ suffered enormous damage, but the fire more or less stopped before reaching the church, not daring to encroach the ‘sacred’ building. 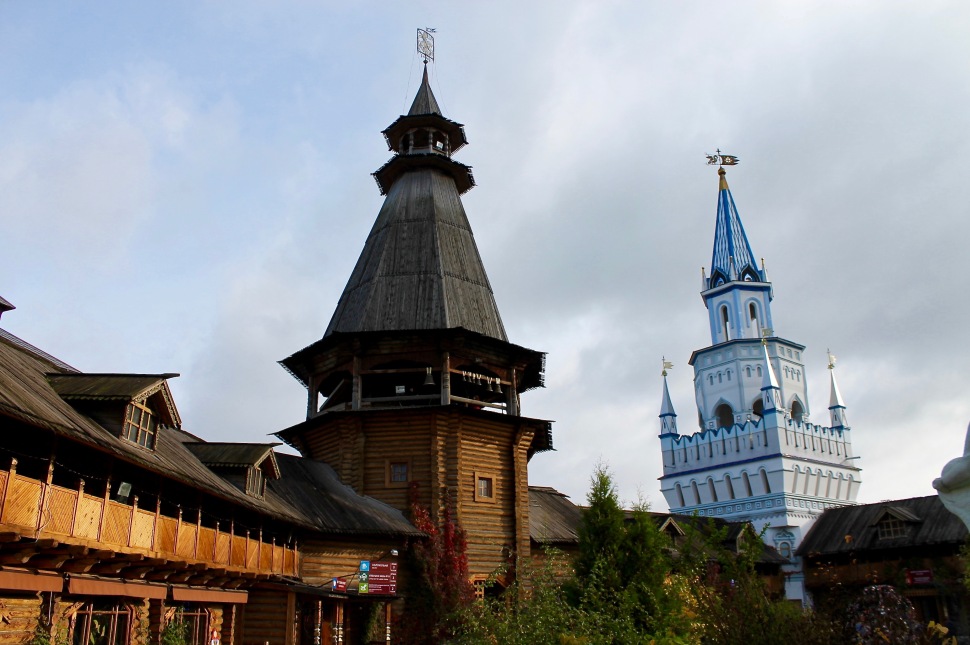 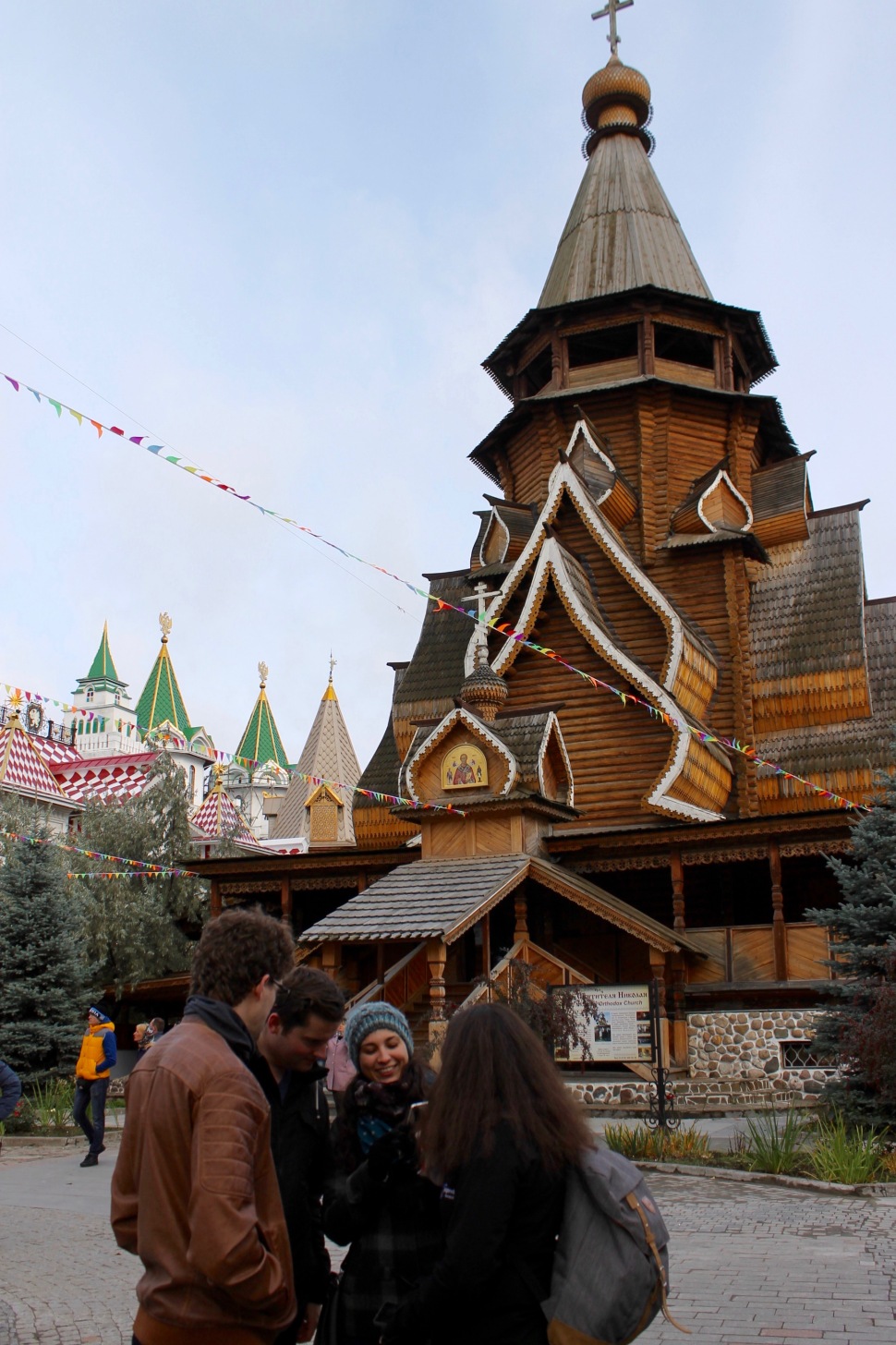 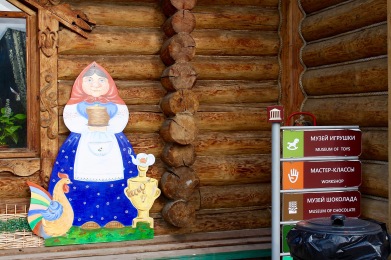 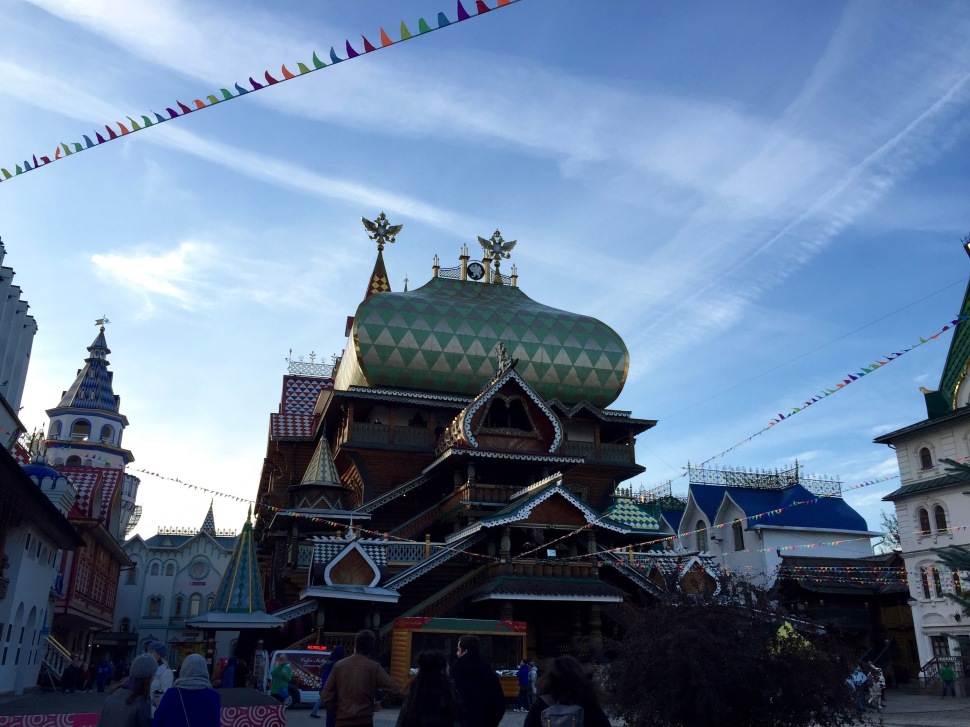 This ‘Vernissage’ is a huge exhibition-fair of products and objects of art and craft that opened 25 years ago. It developed into a multi-purpose complex which purpose it is to maintain and develop Russian culture, crafts, and traditions.

Part of it resembles more like a flea market, whereas others are just dedicated to selling tourist stuff such as матрёшка (Matryoshka dolls). The vendors of the tourist section can ‘speak’ many common languages such as English, German or Spanish, and it is even possible to haggle over the prices. Some of the tourist things are really cheap in comparison to the ones that you find in the city centre.

At one point of the market (between the tourist area and the flea maket) we found a staircase that we just climbed. We were pretty sure that we weren’t supposed to do this, but no one stopped us or said anything to us, so we could actually have a good view over the market and the surroundings of the area. In general I had the feeling that this area wasn’t the nicest one, and even though that the market/kremlin was more or less newly built, the surroundings were either still under construction, or just ignored. 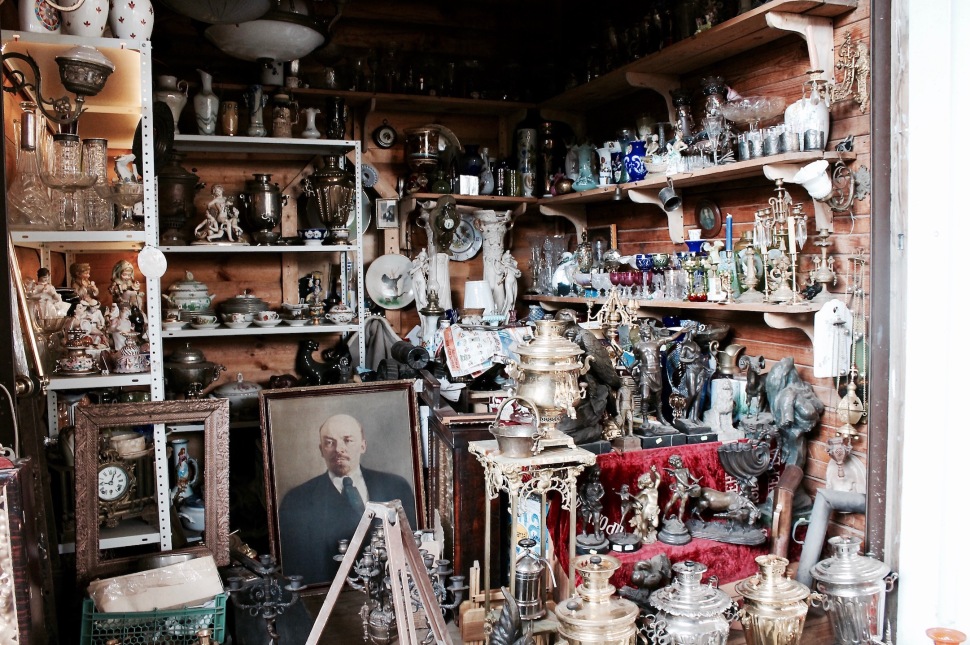 Some of the things they sell werde really strange – we saw so many license plates from ‘around the world’, and other random crap. But that’s just the charm of a good flea market! 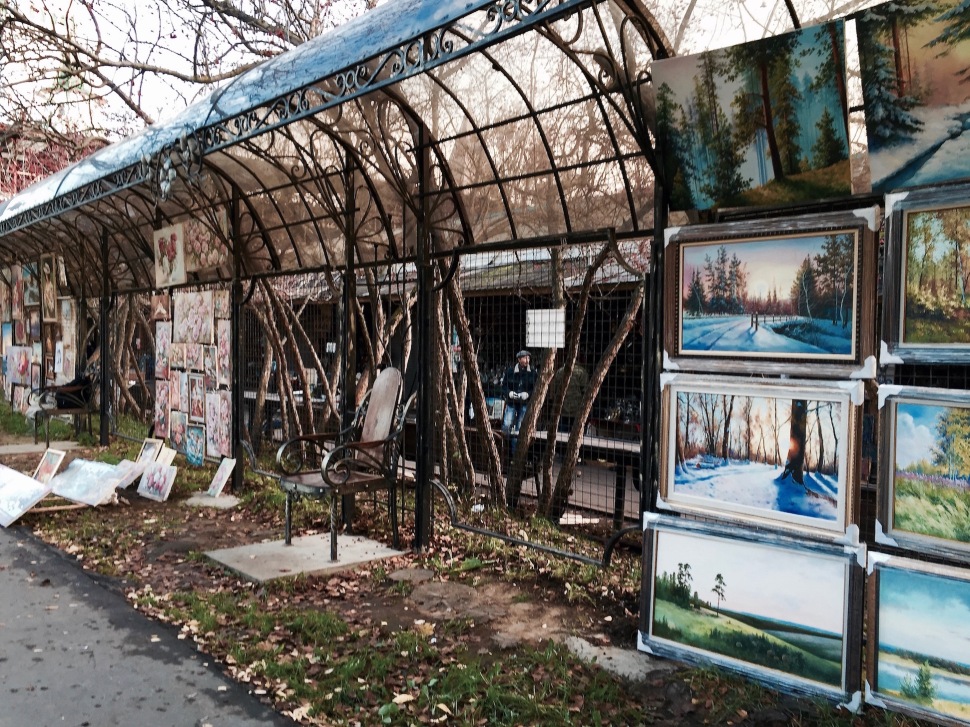 Even though the place screamed ‘tourist trap’ and the in my opinion the Kremlin in Izmailovo is not a real real Kremlin, it was still very very beautiful to look at. Especially walking through the (flea) market was super interesting. I would have bought a few interesting things if I didn’t have the problem of a suitcase weight limit…