Quite a lot of (Austrian) people sneer at Austria’s biggest lake – lake Neusiedl.’The lake is dirty, it is not very deep. Not a real lake.’ At least I sometimes have the feeling that they do ;) Nevertheless, I still kinda like it there and find it charming. After many years since my last trip to it I wanted to revisit it. So I grasped at an opportunity to go there to have breakfast and enjoy the view before returning to Vienna.

The Lake Neusiedl is located in the East of Austria, in the state of Burgenland. The Neusiedlersee (how we call it in German) is with 315 km2 the largest ‘endorheic’ lake in Central Europe, which means it retains the water within the lake and there are not outflowing rivers. The Neusiedlersee lies both in Austria and Hungary, and it is also the largest lake that we have in Austria (Austrian’s share of the Lake Constance is very small in comparison to the part of the Neusiedlersee that is within the Austrian border). With around 1.5 metres deep, the lake Neusiedl is also the most westerly steppe lake in Eurasia. Reeds predominantly cover the surface of the lake, and with its mild climate the area is perfect for plants and animals to flourish.

In December 2001, the cross-border ‘Ferto/Neusiedler See Cultural Landscape’ was put on the UNESCO World Heritage list, so the surroundings and the lake were recognised for its ‘universal value’. Near the lake there are many vineyards one can visit, the lake and its surrounding are perfect for water enthusiasts, cyclers, bird watchers and nature lovers. And in winter there are some activities you can do on the ice as well, for example ice skating, which seemed to be a very popular activity last winter.

Quite some time ago (I think it was in 2008) I even got a boating certificate at the lake Neusiedl in the course of a school trip. So when I was a bit younger I spent a nice week doing lots of sports and enjoying a vineyard tour at and near the lake. I even swam in there once, but due to the shallow water I would not recommend doing it again :D 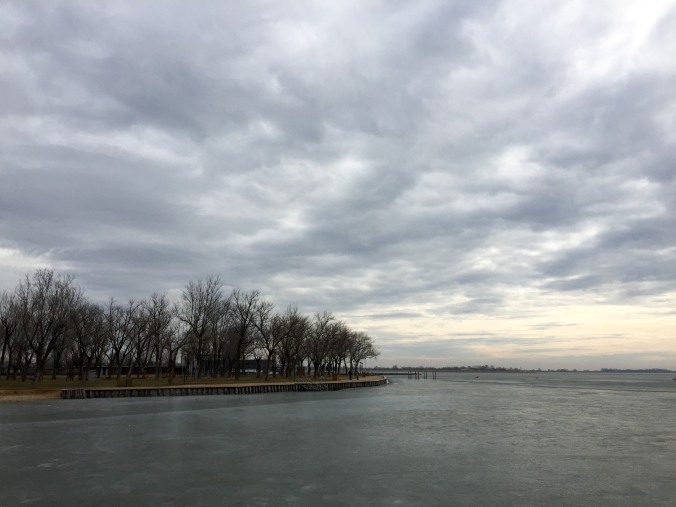 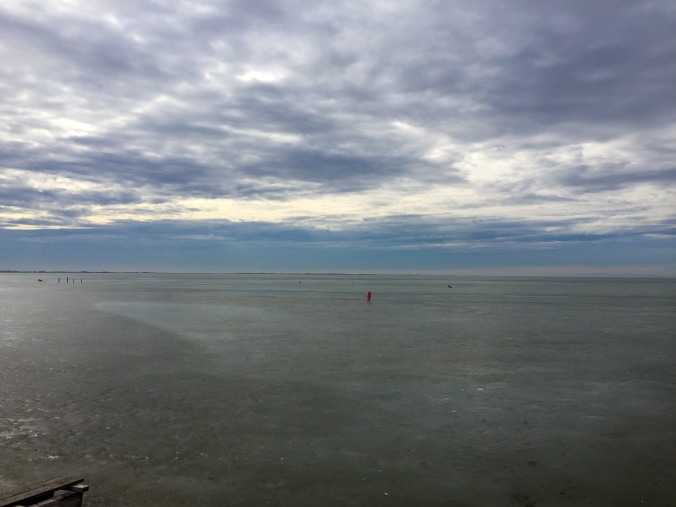 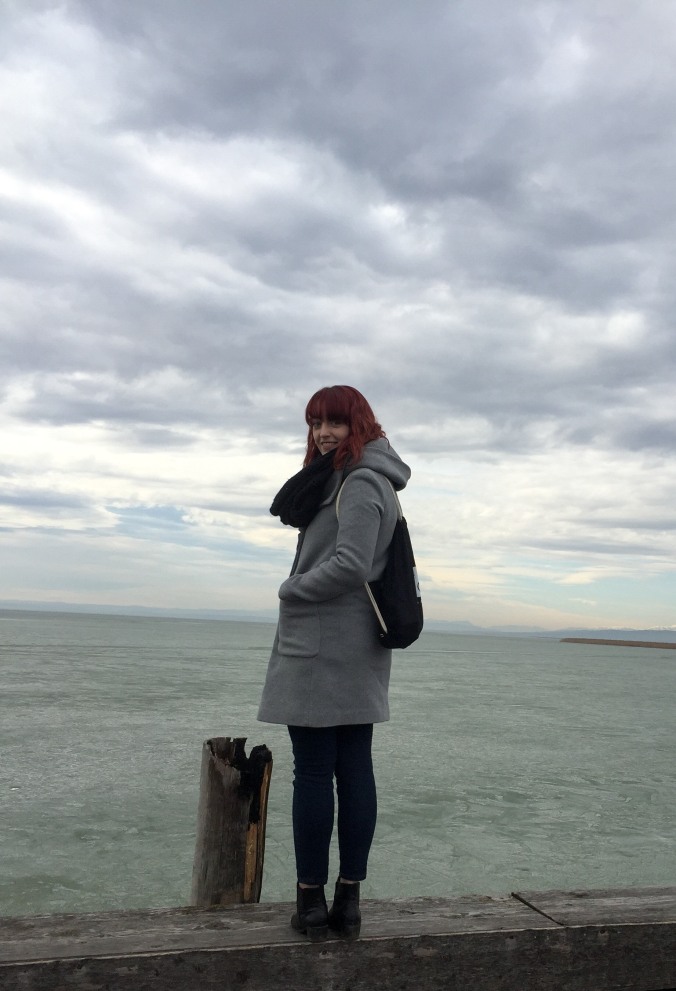 Coming from Vienna we decided to drive to one of the nearest towns next to the lake so we opted for ‘Neusiedl am See’, a town with around 7,800 inhabitants. It is located on the northern shore of the lake. We only drove through the town, passing all the cute colourful buildings on the main street, and went straight to the lake. After doing some research the day before we ended up at the Mole West, a very nice looking café/restaurant right on (or next to?) the lake. The place is very modern, with a lot of glass, teak and steel. We were lucky and got a table right next to the huge glass wall so we could truly enjoy the beautiful view over the lake while eating our breakfast. It was very delicious yet slightly overpriced but I guess the prime location and the view increase the price of the food.

During spring and summer it is open daily fro 9AM – 24:00, and you can enjoy your drinks and food outside on a terrace overlooking the waterfront. This calls for a revisit sometime when it is really warm outside, right?! 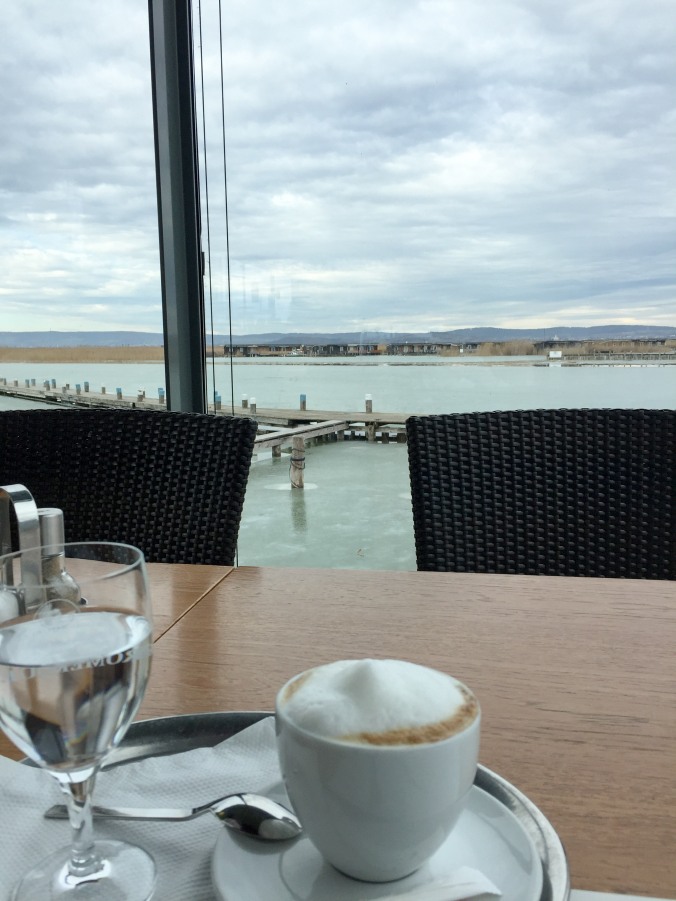 Menu with a view

Scrambled eggs with Grana and Ruccola 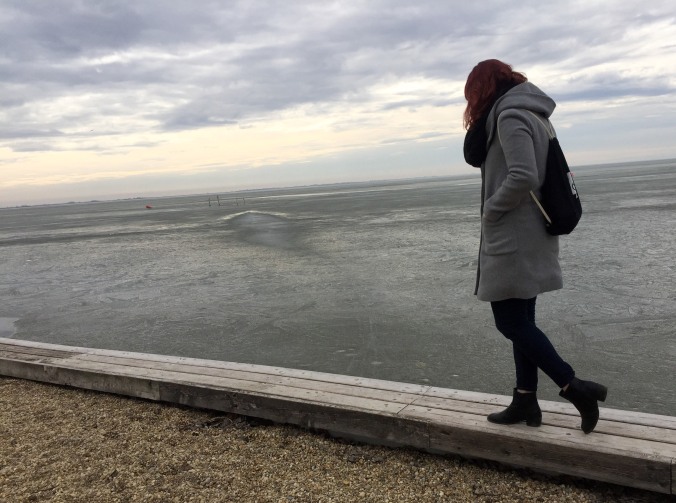 Despite only spending one morning there back in February when the lake was still partially frozen and the day was rather dark and gloomy, it was beautiful and very calming. I have managed to go to the lake during spring, summer and now winter, to see the lake during different times from different angles. Admittedly, the lake does not have the purest, bluest water possible, it is rather dark and dirty, but personally, I think you don’t need that in every lake. There are no mountains nearby, the lake has such an ‘endless’ feeling to it. I loved it there and will for sure go there once again in the future.